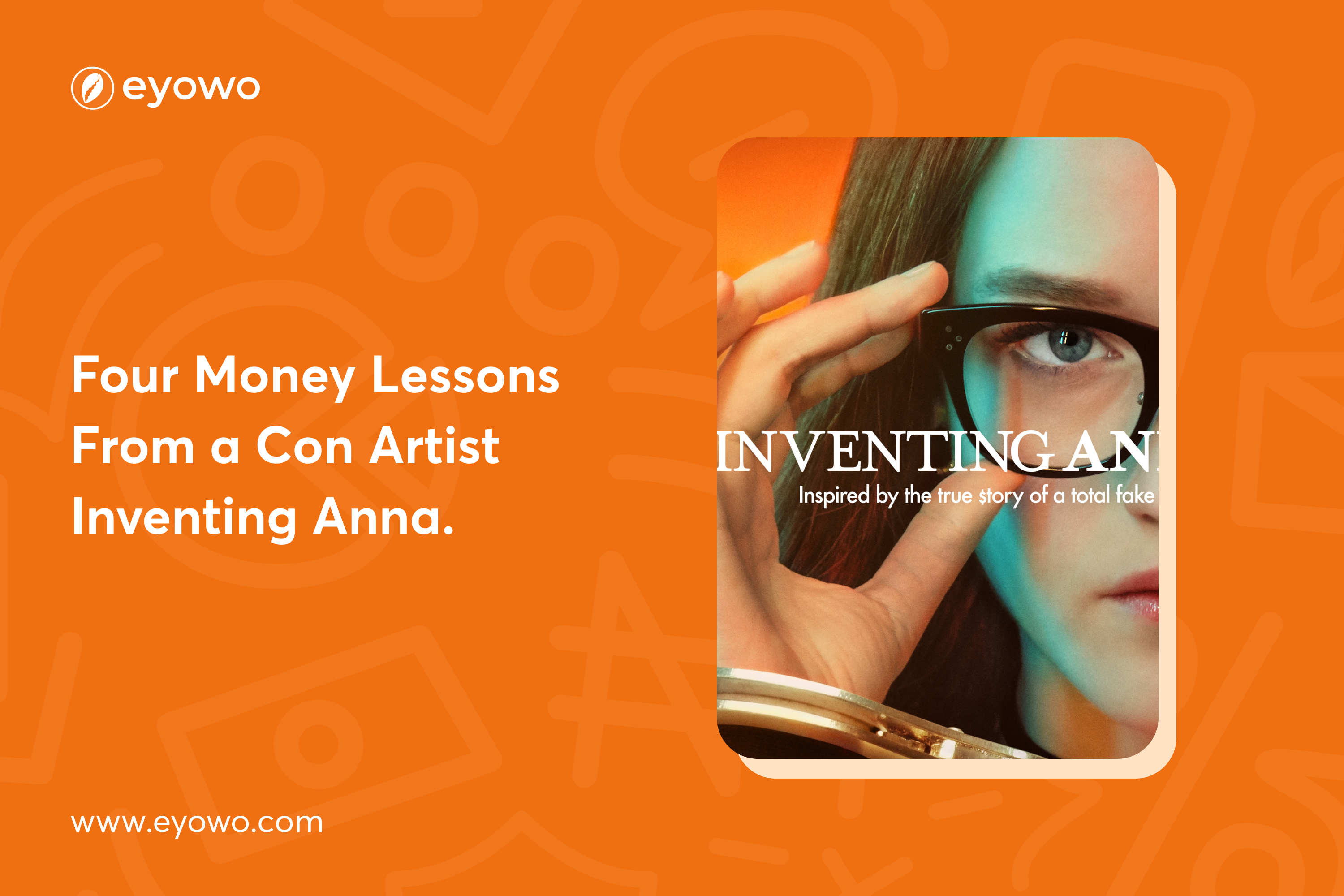 Earlier in the month of February, a new series titled "Inventing Anna" was released on one of the biggest movie streaming apps in the world. It trended for quite a while and was accompanied by multiple think pieces. Inventing Anna is one in a list of recent movies depicting people who through shrewdness and deception gained wealth. It is a fictional story based on a real-life fake heiress Anna Sorokin, named Anna Delvey in the show. It gives an account of how Anna defrauded the high and mighty in society, as well as some high-profile bankers and financiers into almost providing her with loans summing up to millions of dollars. Eventually, her deeds caught up with her and she was arrested, charged, and has since served her time in prison. I tell you, this nine-part Netflix series is one packed with multiple life lessons and definitely worth a watch. Personally, I picked a couple of financial lessons from the show, and here are four of them:

Your Network is your Net worth.

It has been said over and again, that the people you know, the connections you have access to, and the company you keep can be your access to opportunities bigger than you. It is true. Anna Delvey had access to a mentor Nora and by extension Nora's network and that to a large extent determined the kind of opportunities that came her way which she was able to take advantage of.

"Dress the way you want to be addressed" is not just an over-flogged statement used by overly-enthusiastic people who want to control your behaviour and lifestyle, it is a true mantra in the world that we currently live in. Act The Part. Take ownership of your space. Be someone whose charisma is empowering. Be the kind of person others want to be associated with. It is a psychological trigger that ensures that you stay on top of people's minds. Anna Delvey acted the part. She dressed and presented herself in a way that made her seem fit for the roles she was playing, however fraudulent. There is a lesson to be learnt from this. I do not support living a pretentious life to meet up to the status quo, however I advocate for self-confidence. Take up space. Know your worth and act like it. You'd be surprised how much money and opportunities that mindset and attitude brings your way.

In Inventing Anna, Nora's friend used her work credit card to pay for an experience that Nora owed money for. She expected that Nora would repay the loan on return to their home country, but she never did. This goes to teach you that you should avoid taking on debts that you genuinely know you are unwilling or unable to repay. This applies to both yourself and your network. It is imperative to say that you should only lend what you can afford to lose. In other words, avoid loaning anyone any amount of money which if given out and not paid back becomes a thorn in your flesh. If the borrower is unable to pay back the debt, you do not suffer gravely. If they pay back, however, it is a good thing. Also, except in emergencies, money meant for important bills like tuition, rent, feeding, and transportation should ideally not be loaned out.

Do not limit what you can achieve when it comes to your financial goals. Work hard, act the part, manage debts, have the right network, take advantage of opportunities and see money come into your hands. And if you wanted to take that further and be generally better with money, then start with Eyowo. Download Eyowo X.

In summary, I would highly recommend you watch this series because it is a brilliantly-produced series, but also important because it provides financial lessons that would help you navigate life and prevent you from falling into money troubles.

Join the money circle and be better with money!

Get the app now, It’s free